The About pages are related first-hand by Uniting for Action founder, Jared Krupnick. 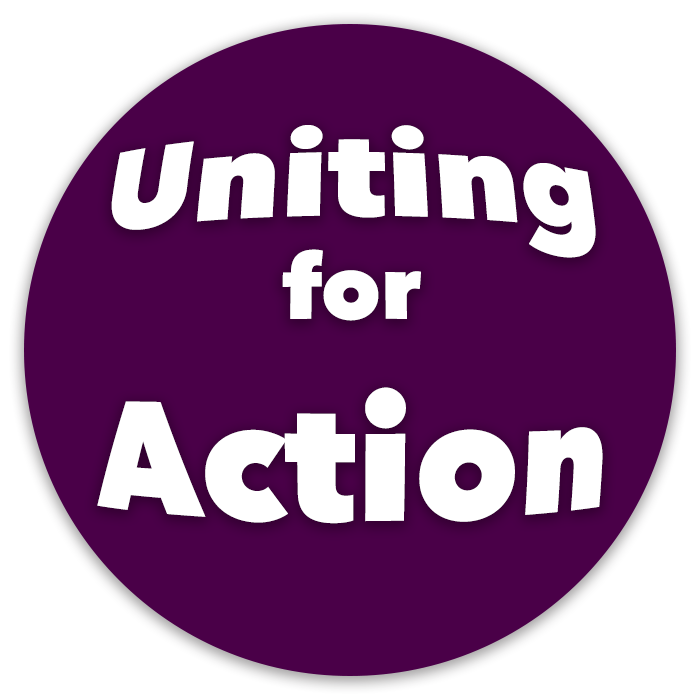 I have been very encouraged by all of the transformational energy that has been stirred up in society leading up to and following the 2016 Presidential election.

One of my persistent concerns, though, is that almost all of the energy is an opposition energy of dissent and protest, rather than an energy of creation.

That is completely understandable, given that so much keeps happening that so many of us are not happy about, and it’s important that we speak out about it all, but condemning what we don’t want is not the same as creating what we want.

As a strong believer that we create what we focus our energy on, I appreciate that the stronger we feel about something that we don’t like, the more powerfully we can be inspired and motivated to channel that energy into creating something different.

The experience of contrast is just the first step, though, and if it is not followed by the second step of creating something new and different then nothing will change.

As someone with an engineering background, it seems clear to me that while the desire to experience a different reality is being strongly expressed by society, there is currently no facilitating mechanism for everyone to plug into, pool our resources, and create the new reality we collectively desire.

This lack of a mechanism to co-create what we’re collectively intending is a debilitating obstacle to creating what we want.

Because this is a fundamental limiting factor for society’s evolution, providing that mechanism as quickly as possible is one of the urgent priorities of Uniting for Action.

If you know of such a mechanism, or want to be a part of a team helping to create one, then please send us a message at engineering@UnitingForAction.com

We Have to Organize
on a Massive Scale

When our current reality is literally being designed and built by massive corporations, with tens of thousands of employees, billions of dollars in assets, and decades of experience, we have to recognize that if we want to create anything different, we have to organize ourselves on that scale to even have a chip in the game.

Uniting for Action is building a network of organizations with that type of collective leverage as quickly as possible by working with and organizing Leaders for Action and influencers across all sectors of society, as we’ve outlined in our Forces for Action.

If you’re connected with, or are yourself, an influencer at any level of society, locally or beyond, please connect with us by sending us a message at leaders@UnitingForAction.com

We Get to Decide What is Profitable

It is important for us to simultaneously recognize that since corporations are inherently driven by profit, and profit is driven by consumer demand, ultimately, as a society, we have to be disciplined enough to align our consumer choices with our principles and priorities.

We also have to be organized enough to be able to negotiate with our collective consumer power to bring corporate policy and decisions in alignment with humanity’s collective interests in survival, sustainability, and health and wellness.

Helping to educate and organize society around these concepts is a high priority for Uniting for Action.

Promo video for the Higher Vibe Life Gathering of the Tribes on Miami Beach.

Photos from the Higher Vibe Life Gathering of the Tribes on Miami Beach.  See the full album. 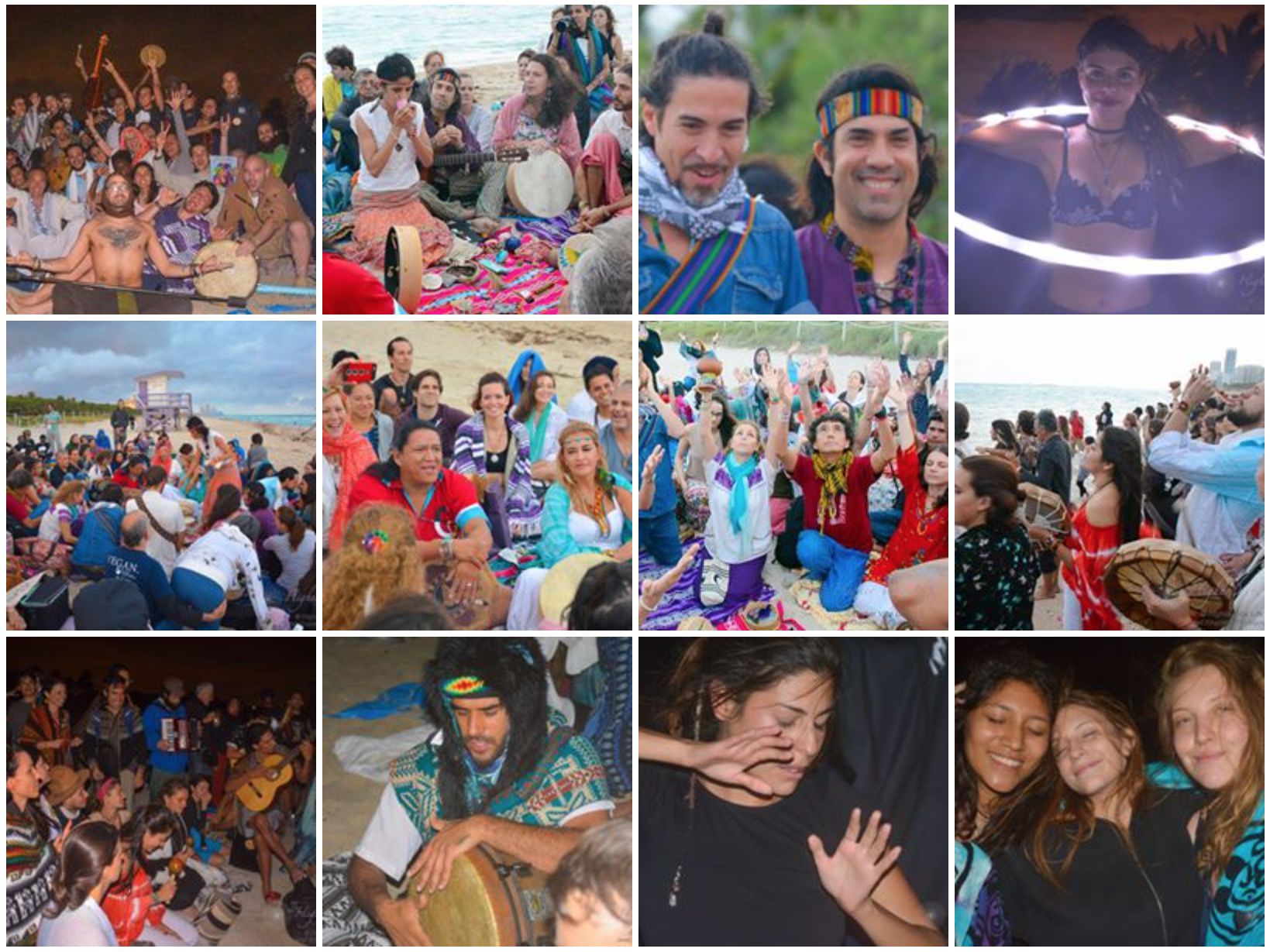 The Gathering of the Tribes

Seeing the initial protests that broke out immediately following the Presidential election, and wanting to help steer the stirred up energy in more organized, positive, co-creative directions, I organized a Gathering of the Tribes on Miami Beach on January 15th, a week before the presidential inauguration.

The intention was to start building a network of networks to be able to facilitate ongoing collective actions across the community and across society.

It was a very successful event, with 200+ attendees very engaged and enthused about proactively creating our world.

At the time, I felt that the best way I could serve society was to create a local organizational effort that could be replicated in other locations around the country to rapidly develop a connected national network.

My intention, at the time, was to follow up the first Gathering of the Tribes with a second, much bigger one, a couple of months later, and to quickly scale up to thousands of people in South Florida, expanding the movement around the country as soon as possible.

My thoughts changed dramatically just a week later when I saw the Women’s March on television.

My Facebook Live video from the Gathering of the Tribes.

I was completely blown away just a week after the Gathering of the Tribes as I watched the Women’s March unfold live on CNN.

I knew a march was happening, and I was interested to see if CNN was covering it, but I had no idea the scale and the scope of what had been organized!

I was completely shocked that 10,000 people had gathered in a park in Miami, and I hadn’t even heard about the Miami gathering in advance.

I was so grateful that other people were already bringing people together across the country on such a massive scale.  That totally changed my priorities.  I no longer had to focus on gathering the tribes – they were already being gathered.

I was blown away by how much had been organized so quickly, and involving a mind-boggling amount of people.  I went to the Women’s March website to see how all the participants were being organized, and that was where I immediately saw how I could best support the movement.

What I saw inspired me to turn my full attention to technology development, programming new technologies into HigherVibeLife.com with the intention of working with the Women’s March and other activist organizations to deploy more sophisticated technological tools to exponentially expand results.

I was still building the new technology for HigherVibeLife.com when the Paris Climate Accord withdrawal announcement was approaching.

I felt very strongly that there needed to be an outraged public reaction, setting the tone for lawmakers and policymakers in our society.

I thought that I could best serve by providing my technological tools to the existing advocacy organizations, but when I didn’t see the organized national response to the withdrawal announcement that I had been hoping for, my thinking shifted.

I felt like I needed to first provide the type of strategic support I described on the Strategies for Action page so that the technology I was developing could have a larger, more scalable structure within which to support.

Join Us
About Overview
Strategic Response